A Deadly Landscape Pest and How to Stop It

The bites that drive us all crazy each summer aren’t just annoying—they signal a growing health problem and our landscapes may be part of the problem. 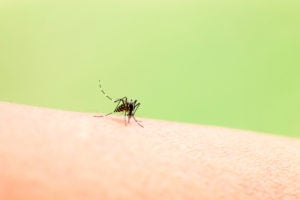 The tiny mosquito happens to be the deadliest creature on the planet, causing over one million deaths each year from the diseases they spread, mostly in tropical regions.

In the U.S., cases of mosquito, tick, and flea borne diseases more than tripled from 2004 to 2016, in large part due to the 2016 Zika outbreak. And the CDC warns that mosquito-borne disease epidemics are happening more frequently: 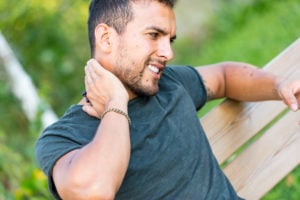 Mosquitoes are really good at biting us—a fact that's most noticeable each summer.

Mosquitos thrive in warm weather, making April through October their biggest season and the reason why they're a major nuisance at summer barbecues and pool parties.

Mosquitos first find us through our breathe, sensing the invisible clouds of carbon dioxide around us from up to 100 feet away.

Once they’re in close range, our personal body odors that draw to them to the skin. Some scientists believe diet may play a role in why mosquitoes prefer some people over others.

Scents like beer, cheese and perfumes have even shown to attract them more.

Then as the mosquito goes “fishing” for a blood vessel in your skin it emits enzymes that cause an allergic reaction in most people—those awful, itchy bumps we’re all too familiar with!

And if that mosquito also bit a person or animal infected with a virus or a parasite that it can spread, there’s a chance you will become infected, too.

Female mosquitos are the ones that do all the biting in order to get nutrients they need to produce their eggs. After drinking her fill of blood, she flies away to find a good place with still or stagnant water to lay her eggs.

Bird baths, buckets, dog bowls, even storm drains and gutters can become mosquito breeding grounds. Regularly cleaning and draining these items can help prevent more mosquitoes from hatching in the landscape, as well as:

Using mosquito repellents whenever you go outside, especially during the mornings and evenings, is the next best step to prevent mosquito bites.

Most people are familiar with DEET sprays applied to clothes or skin, but newer spacial repellents can also stop mosquitoes and don’t require spraying each person who goes outdoors.

Learn more about this method in the next blog in our series.

Mosquitos live all 50 states, but people who live in these areas may be especially at risk of mosquito bites.