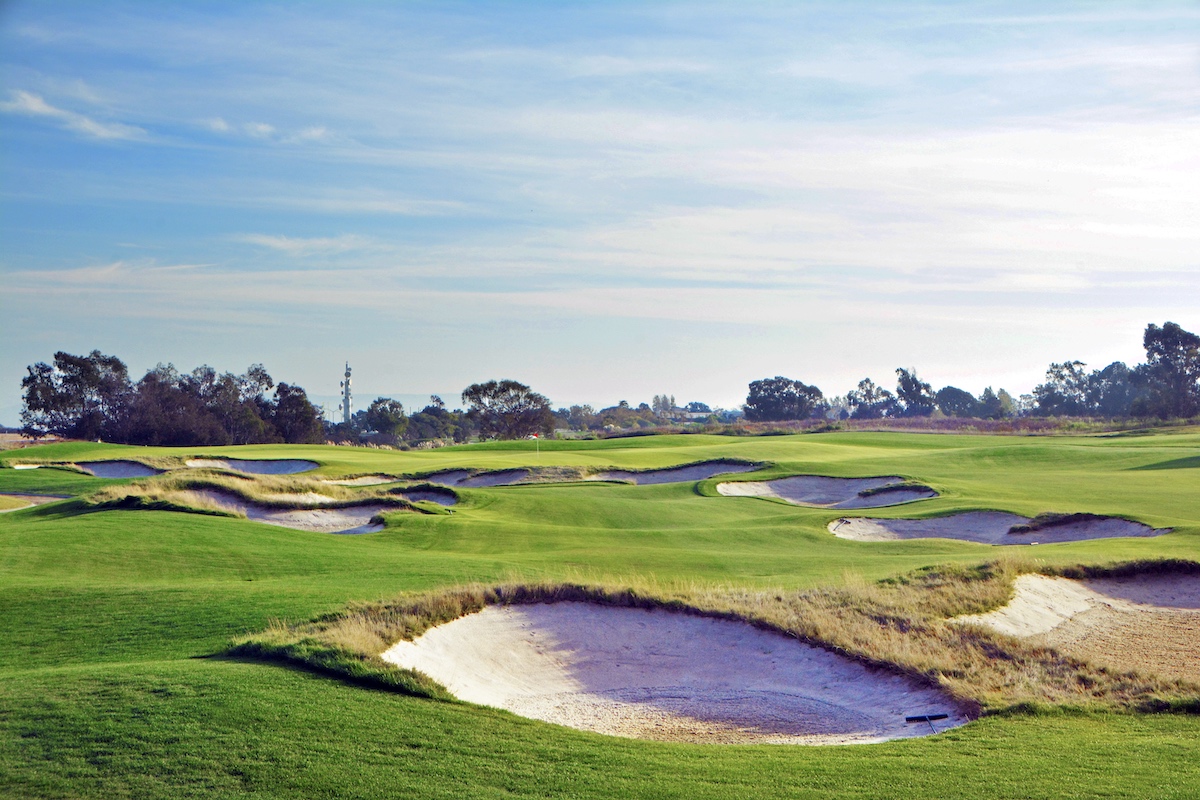 How does a golf course slash its water bill by nearly $1 million per year and still provide playable greens and a sustainable habitat for wildlife?

The answer can be found at Corica Park’s new South Course in Alameda, California, the first project to receive the Water & Sustainability Innovation Award from Ewing Irrigation & Landscape Supply and Audubon International.

The reconstruction of the South course—led by architect Rees Jones and associate Steve Weisser, in close collaboration with golf management firm Greenway Golf—took California’s drought and water issues head on by saving water with innovative and sustainable practices. 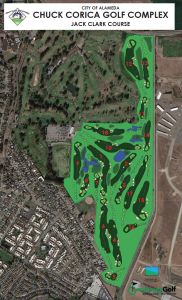 By 2012, when Greenway Golf took over management of the complex for the city, the flat and traditional course was characterized by poor turf conditions and lackluster play.

Eventually plans took shape to renovate the course with sustainability and long-term viability in mind, and work on the two-year reconstruction project began in September 2015.

Sustainability starts below the surface

“A golf course is very much like an iceberg. Two-thirds of its mass is below the surface,” said Greenway Golf’s chief agronomist, Mark Logan.

Part of what’s below the surface at the South Course now includes locally sourced soil from other Bay-area construction sites that was used to raise and reshape the course elevation, adding dimension and more exciting play.

About 500 trees that were dead or dying (mostly non-natives) were also recycled and used as compost for the site. 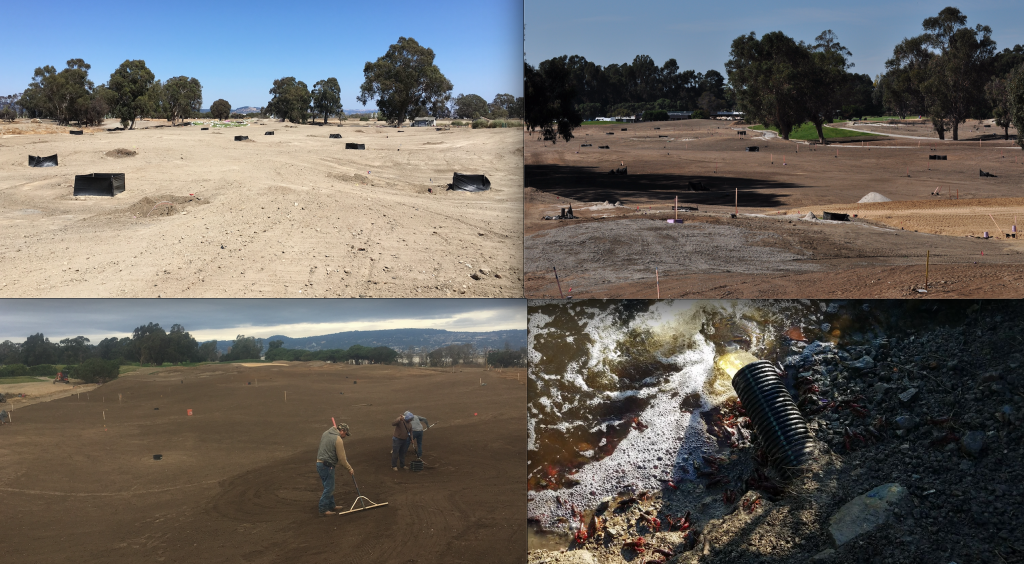 While the typical course may install up to 200 catch basins, the South Course now has a whopping 700—all part of an extensive drainage system that collects and moves rainfall and excess water into onsite lakes and bio-retention ponds. The ponds serve as both wildlife habitat and an additional source of irrigation, a key feature borrowed from water-wise golf courses in Australia where Logan began his career.

They also installed about 6,000 sprinklers, in stark contrast with a course like Pinehurst No. 2, which has just 600, said Logan.

Using thousands of sprinklers might seem counterproductive to saving water, but the combination of high-efficiency golf rotors and MP Rotators based on slope and turf type, made sure they could be as water-efficient as possible.

“We’re calling it a target-specific irrigation system, so the superintendent can apply water in any given area to the appropriate amount,” Logan said.

The other key to South Course’s water saving approach was their selection of grasses and native plants that are well suited to the local climate and require minimal water, pesticide and fertilizer use.

Cool season bent grass was used for the greens with fescues on the fringe. Santa Ana, a drought- and cold-tolerant hybrid Bermuda grass, was seeded on the fairways requires only half the water of its predecessor.

Non-native trees and plants have also been replaced by native California oaks, buckwheat and bent grass, that are well suited to the course’s San Francisco Bay setting.

Plants weren’t the only locally-sourced materials used on the course. Synthetic turf from the nearby Oakland Raiders practice field was saved from disposal in a landfill and upcycled as bunker liner. 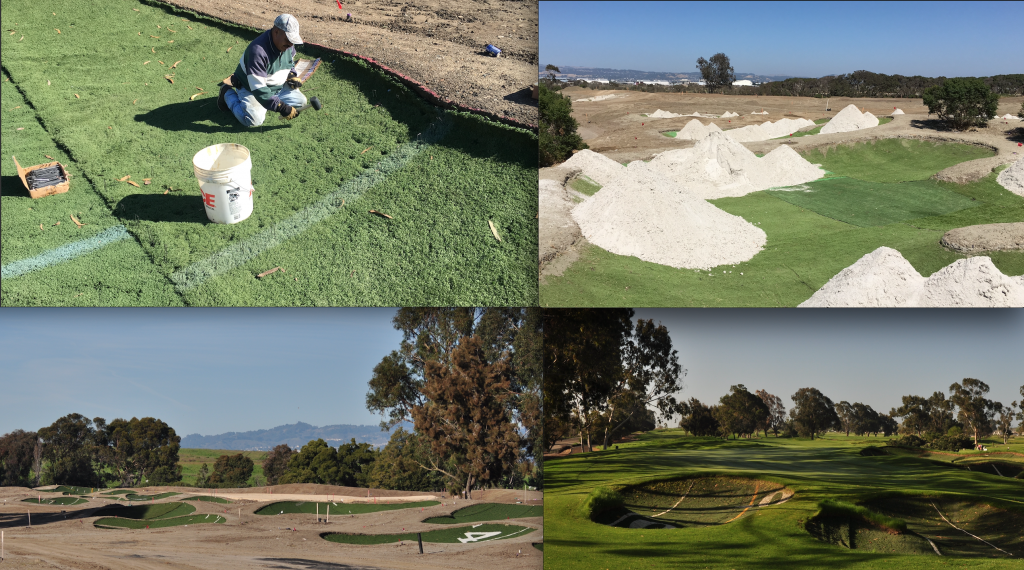 Recycled base rock, asphalt and ground up concrete from construction on the nearby Interstate 880 was also combined with a unique polymer and sealant to create the course’s cart paths—a crack resistant alternative to traditional concrete or asphalt paths. 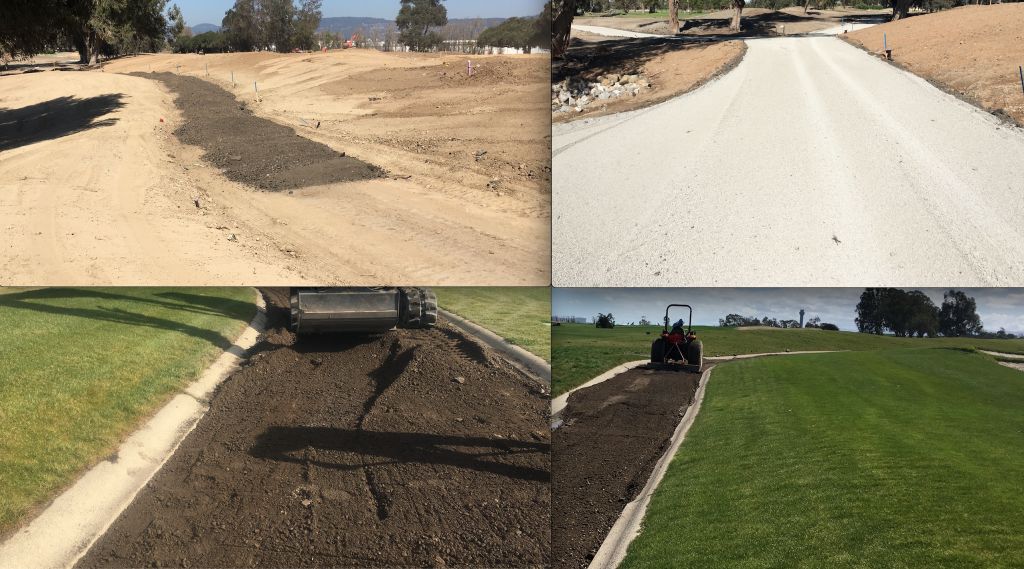 Putting the South Course to the test

The South Course reopened in June 2018 and Greenway Golf's sustainability efforts are paying off.

Local residents can play a round for $40—making the course an affordable attraction.

That’s possible in part because the new course design has saved them about 34 million gallons of water per year, dropping their water bill from about $1 million to about $20,000 per year.

Water in California, like many parts of the country, has become a valuable commodity and reducing water use was a critical part of their long-term success and financial and environmental sustainability, said Logan.

The extensive drainage system also helped the course remain playable after recent heavy rains, when nearby courses had to close due to muddy conditions.

A model for golf course sustianability

While their new irrigation and drainage systems were a complex undertaking, the ability to save every drop of water they can is what will keep the course operating for the next 50 years, said Logan.

It’s also one reason why the Corica Park South Course project was selected for the Water & Sustainability Innovation Award.

By giving the South Course project the award, Ewing and Audubon International hope to show how the green industry is rising to meet the challenges they face around water and other environmental issues.

It also shows that a holistic approach to sustainability, that contributes to the environment, equity and the economy, is possible, said Christine Kane, CEO at Audubon International.

With more golf courses closing these days than opening, Logan said he believes Corica Park’s South Course can be the sustainable model for golf moving forward.

How Your Golf Course Can Quickly Recover from Winter Damage