How to Choose Ice Melt 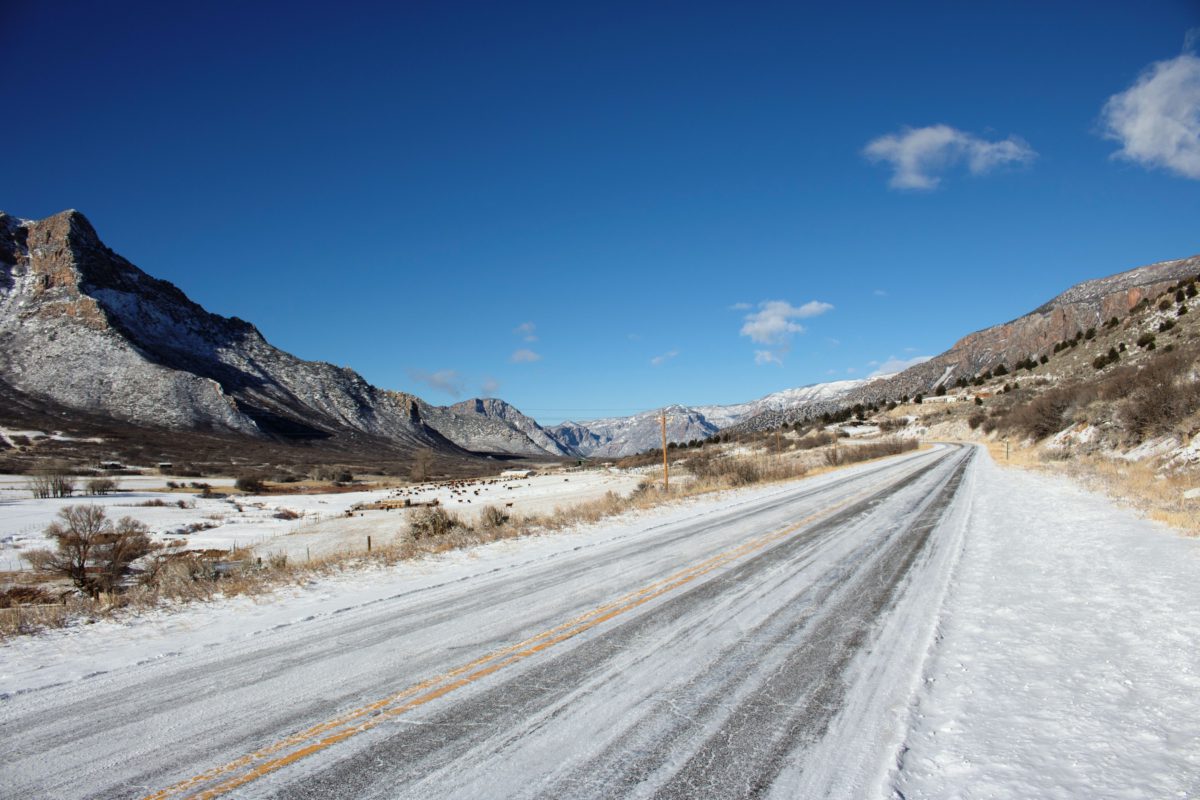 For areas that have to deal with the cold, one thing that often occurs is the buildup of ice and snow. Selecting the right ice melt is important to successfully handling that buildup.

There are many ways to get rid of the ice and snow. One option is to break the ice and shovel the snow away, but that takes a long time and isn’t always the most effective strategy.

Another option is to use rock salt. Rock salt lowers the freezing point of water; the salt melts the ice and creates a brine. The brine works its way to the lowest layer of ice and then begins the melting process.

The last option is to put down ice melt. Ice melt is a blend of rock salt and other chemicals that works to bring the temperature of the melting point lower than rock salt alone. 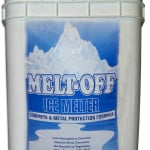 Sodium chloride, or rock salt, is the most common component in ice melt. It is inexpensive and works great. In comparison to other chemicals, however, it has limited effectiveness in colder temperatures. It does not melt ice in temperatures under 20 degrees. One thing to look out for when using rock salt by itself is its toxicity to trees, shrubs and grass.

Magnesium chloride is an important compound in most ice melts used today. It is less irritating to the skin than rock salt. It is also less corrosive to metals and concrete and less toxic to plants and grass. It is used in many different applications, such as sidewalks, pathways and roads—most cities use magnesium chloride on major streets and highways. When used for melting ice for roads, highways, sidewalks and pathways, it contains around 50 percent water. It can be activated immediately and slowly to work its way to a brine and get under the lower layers of ice. Magnesium chloride is effective down to 5 degrees Fahrenheit. 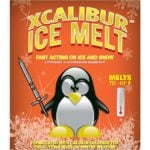 Calcium chloride is another compound commonly found in ice melt. It is used in more extreme conditions. Calcium chloride works in temperatures down to -20 degrees Fahrenheit. As calcium chloride dissolves it gives off heat, unlike rock salt and magnesium chloride, which draw in heat. It draws in moisture from the air and then it holds onto it for a long time, resisting evaporation. Once it has absorbed as much as it can, it dissolves, spreads and turns back into a liquid. This is why very little calcium chloride is needed to handle most icy conditions.

Potassium chloride and urea are common ice melts that are often perceived as safe products to use around vegetation. Urea is a type of fertilizer that is used to “green up” lawns and plants. It is primarily composed of nitrogen (used to feed plants). Both need to be used at a slightly higher rate of application, with urea melting to 15 degrees Fahrenheit and potassium chloride melting to 12 degrees Fahrenheit. Urea does not contain chlorides, so it is less corrosive and safer for use on concrete containing rebar and around steel structures. It is often a recommended solution for airports. 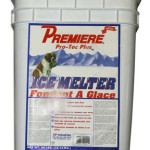 Calcium magnesium acetate (CMA) is a granulated, patented, non-corrosive material used in ice melt. There are many advantages to using CMA over rock salt. It is as corrosive as tap water, meaning that any concrete and metals are safe. It is safe for the environment and biodegradable. CMA doesn't need to be applied as much as rock salt to be effective.

However, CMA should be applied before the snow and ice. It works from the “bottom up.” When applied before the snow, CMA stops the snow from bonding to the ground, making it lighter and easier to be removed by plow, broom or shovel. CMA does, however, have similar properties to rock salt, as its effectiveness decreases under temperatures of 20 degrees Fahrenheit.

When looking for an ice melt to use for your home or business, look at the compound to see what works best for you. Rock salt is inexpensive and easy to find, but is toxic to plants and corrodes concrete and metal. Magnesium chloride is more expensive, but is better for plants and concrete. Calcium chloride is better suited for lower temperatures. Potassium chloride and urea 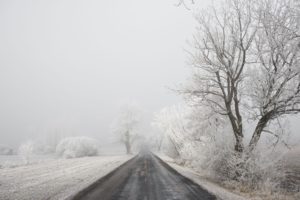 are great options for plants and grass, but do not work well in low temperatures. Calcium magnesium acetate is an all-around environmentally-friendly option.

If you need help choosing an ice melt product for your site, contact your local Ewing store and talk to one of our friendly service professionals.

Your Overseed Season Could Be a Success with These 5 Tips
By Andy Keeton On August 17, 2022
To Tarp or Not to Tarp Your Field? There’s No One-Size-Fits-All Answer
By Don Brasseaux On August 16, 2022
9 Steps You Should Take Before Starting Turf Renovation
By Kevin Lewis On August 11, 2022