How to Match Soil Types with Irrigation Systems 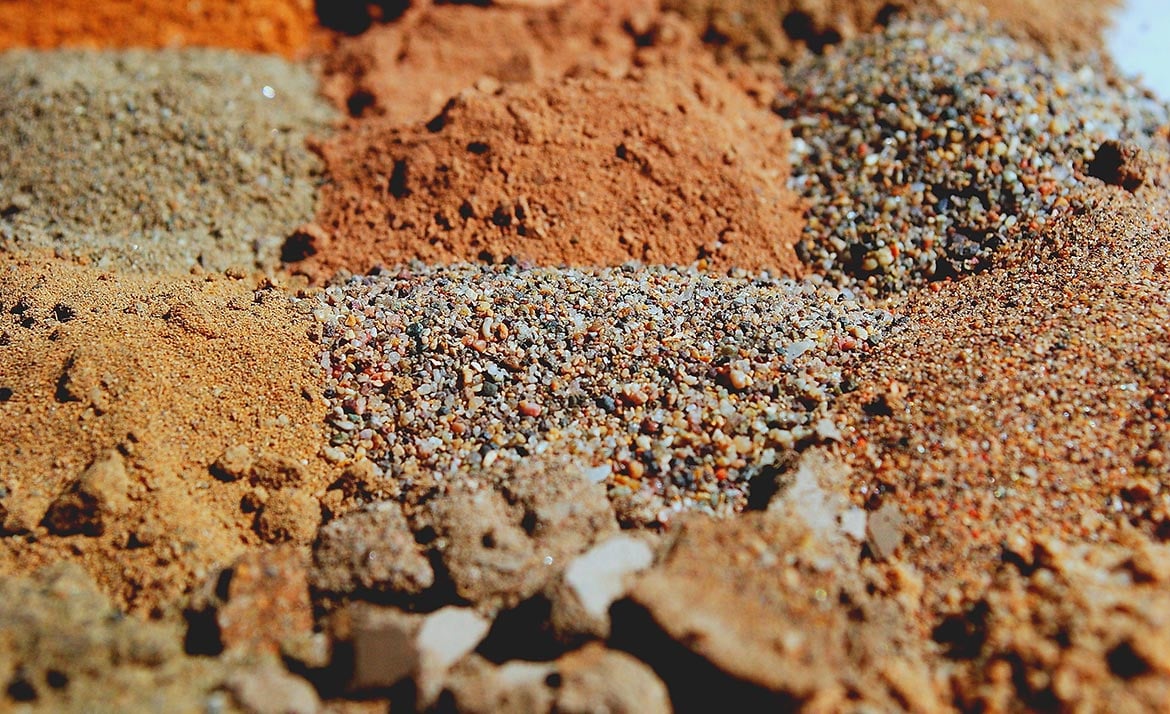 (Part three of the “Don’t Forget It” Irrigation Series)

Precipitation rates, plant water requirements and soil types are extremely important, but commonly forgotten factors that apply to irrigation systems. Over the last couple months Jeffrey Knight, Ewing’s Director of Learning and Development, has explained the importance of applying each of these components to the construction of an irrigation system. This blog will discuss the final topic, soil types.

Did you know different types of dirt impact the effectiveness of an irrigation system? How quickly a soil type can absorb water will help you determine what kind of irrigation to setup.

Take a look at the different kinds of soil and their infiltration rates below.

This chart shows the maximum precipitation rates suggested by the United States Department of Agriculture.

Clay soils have a low infiltration rate, which means they have a higher risk for runoff.

“Clay soils hold lots of water, but it takes a long time for the water to infiltrate into the soil, so runoff is an issue if the water is applied too fast,” said Knight.

To properly irrigate around clay soils, be sure the water is being applied at a slow, steady rate to avoid flooding the area and wasting water. Knight suggests using rotary type heads with low precipitation rates for best results when working with clay.

Sandy soils react exactly the opposite of clay soils in that they have a high infiltration rate, which means a low holding capacity.

“Sandy soils don’t hold much water, but they do allow it to pass through quickly,” said Knight.

Because of this, sandy soils will need to be watered more frequently, but not for long periods of time. Visual observation to see how the soil reacts to water will play a key part in helping to determine what kind of irrigation system is best to use.

Drought tolerant plants thrive in sandy soils, and if possible, Knight suggests working to match these types of plants with this soil.

Silt is the final soil type. Its infiltration rate is not considered high or low, but in between. Knight said the best way to determine what kind of irrigation system is best for this soil type involves visually observing how quickly the soil is absorbing the water.

“Silty soils can often handle runtimes of spray heads up to 10 minutes,” Knight said. “But before making a final selection, be sure to visually observe the soil’s reaction to water.” 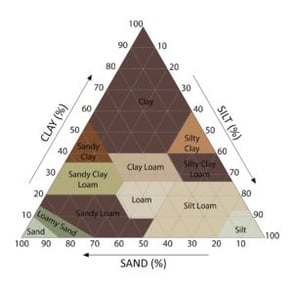 The term loam is used to refer to a mix of the three soil types listed above.

“To know exactly what type of soil you have and to determine the amount of nutrients that are available to the plant material you’re working with, request a soil test,” Knight said.

Talk to your local Ewing specialist to find out how to schedule a soil test.

We want to hear about your experiences factoring soil types into an irrigation system! Tell us about them in the comments below.

Interested in learning more about this subject? Visit our education website to look for classes coming to your area and check out this video on soil testing.