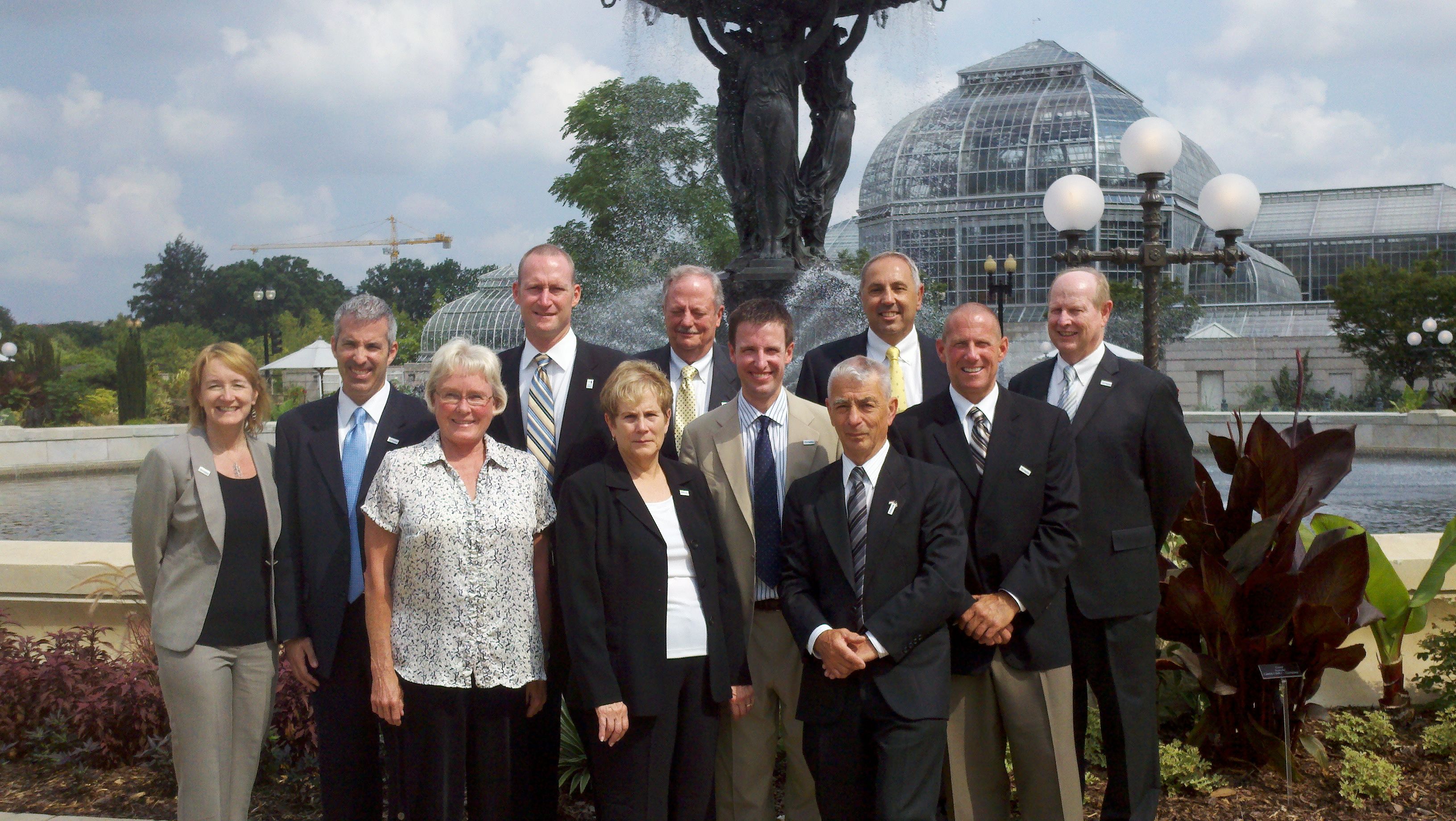 There are a lot of things going on throughout the country that have and will have an effect on the irrigation industry and our future. Standards and Code development will influence irrigation product manufacturing as well as landscape standards throughout the country. There has been a federal focus in the last several years to promote energy and water efficiency on their properties, which should lead to job opportunities for irrigation consultants and landscape contractors.

One of the many benefits that Ewing receives from being a member of the Irrigation Association (IA) is the opportunity to participate in their legislative efforts. You may or may not be aware that the IA has a Federal Affairs Director, John Farner, and a State Affairs Director, Chad Forcey, who both work tirelessly to promote the benefits of efficiently irrigated landscapes and often defend them as well.

On July 9-10, I had the opportunity to join them and several other IA members in Washington DC to represent our industry by building the brand and credibility of the IA. Our goal is to impact the government’s focus on our industry in a positive manner.

Here's a brief summary of the meetings we had:

The US National Arboretum is currently working on design concepts and plans for a turfgrass demonstration project on the grounds of the National Arboretum with the purpose to educate the general public on the benefits of turfgrass. We met with several of the key representatives who are putting together the specs. It’s our hope to also promote efficient irrigation technologies as part of this project.

The U.S. Botanic Garden is dedicated to demonstrating the aesthetic, cultural, economic, therapeutic and ecological importance of plants to the well being of humankind. They are also partner in the Sustainable Sites Initiative (SSI), which focuses on promoting sustainable land development and management practices. We discussed how the irrigation industry can get more involved with the SSI and the Botanic Garden’s promotion of efficient irrigation and efforts on federal sustainability.

Our discussion with the committee focused around the IA’s leadership role in the development of water use irrigation standards, and our hope that they will be federally recognized once they are developed.

We discussed our interest in the focus on technologies, practices and products that use water efficiently. We support the right plant material in the right application, but with the use of efficient irrigation.

This committee has also been engaged with the EPA WaterSense® program as their oversight committee. We updated the staff on our codes and standards development, and discussed the future of WaterSense labeled irrigation products. We discussed the Water Budget option in the WaterSense for New Homes Programs and our desire to see it updated in the near future.

We met with several EPA WaterSense staffers and got an update on the program, product labeling and possible changes to the program in the future. The IA has been, and will continue to be, actively involved in working with the EPA and the WaterSense program.

As you can see, we had some very important meetings that were quite productive. I’m hopeful this update will help you understand one of the many things the IA has been doing to help our industry.