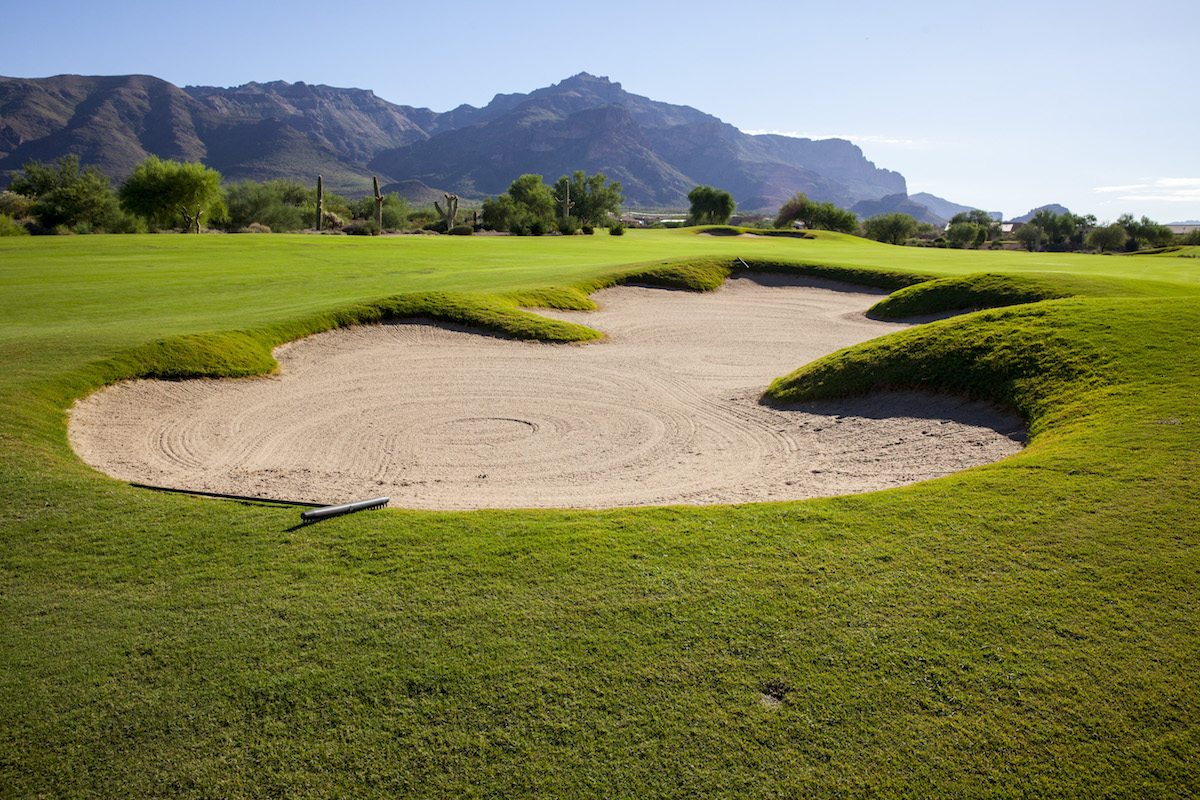 Does a heavy rain bring feelings of frustration when you think about your sand traps? Then you may have #BunkerProblems.

Bunker washouts, poor or non-functioning drainage and contamination are major challenges for many golf course superintendents.

In the U.S., intense single-day rain events have been on the rise, meaning washouts are happening with more frequency. The labor and sand required to repair bunkers after a heavy storm can become a major maintenance issue, taking time and resources away from other important areas.

Bunkers may just be big holes filled with sand, but they still need to be playable, look nice and drain well to keep your golfers happy.

For a long-term solution to these bunker problems, more courses are taking note of the positive results superintendents have had with Capillary Concrete throughout the country.

Drainage Makes All the Difference

Bunker liners like Capillary Concrete weren’t very common just a few years ago, but they have spread and grown quickly through word of mouth, noted Manny Pina, a National Golf Project Sales Rep for Ewing.

Top pic showing where the fairway bunkers would be after 1.25" of rain. Bottom pic is where we stood this morning. Rake & good to go. @CapConGolf & @ProAngleOhio to the rescue @TedFist1 👍👍👍👍👍👍👍👍 pic.twitter.com/4GEAlQePcv

Bunkers that would once turn into lakes, can stay dry with the help of Capillary Concrete. 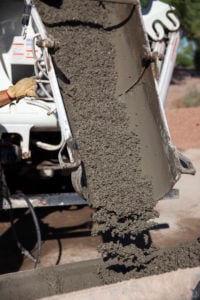 The proprietary blend of aggregate, cement and bonding additives in Capillary Concrete is combined in a concrete mixing truck creating a homogenous mix.  The mix is installed by hand. The key is its consistency throughout the mixture, and this is where other aggregate based techniques fall short.

“It's depth and consistency prevent contamination, which in turn extends the life span of a bunker,” said Rapp.

From extreme cold climate conditions like Norway and Sweden to desert conditions in Arizona, bunker lifespan is expected to triple with the use of Capillary Concrete. Superintendents can also feel assured with the 10-year insured financial guarantee on the product. Even better, Capillary Concrete typically pays for itself in about 5 years with the maintenance savings it provides, said Pina. 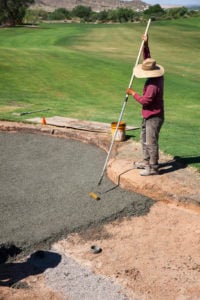 Other liner types can prevent contamination and keep sand from creeping, but their lifespan is usually shorter. And revetted bunkers and bunkers without any liner often breakdown quickly.

For overall strength and durability, Capillary Concrete can’t be beat.

“It won’t breakdown and rip or wear out.” said Pina.

It's another reason why more superintendents are talking about Capillary Concrete and putting it to the test.

“I know a country club that just finished their bunkers with Capillary Concrete this spring,” said Pina. “Now a nearby course wants to do the same thing.”

To keep your sand traps from becoming mud traps and to reduce bunker maintenance, talk with one of Ewing’s Golf team experts for more information.

P.S. Washouts and contamination aren’t the only #BunkerProblems. Help prevent bad bunker habits by sharing some bunker raking tips in your next newsletter.

4 Steps for Selecting a Fall Fertilizer for Your Golf Course

Three Signs of Turf Stress and What to Do About It