When and How to Use Solar Powered Irrigation 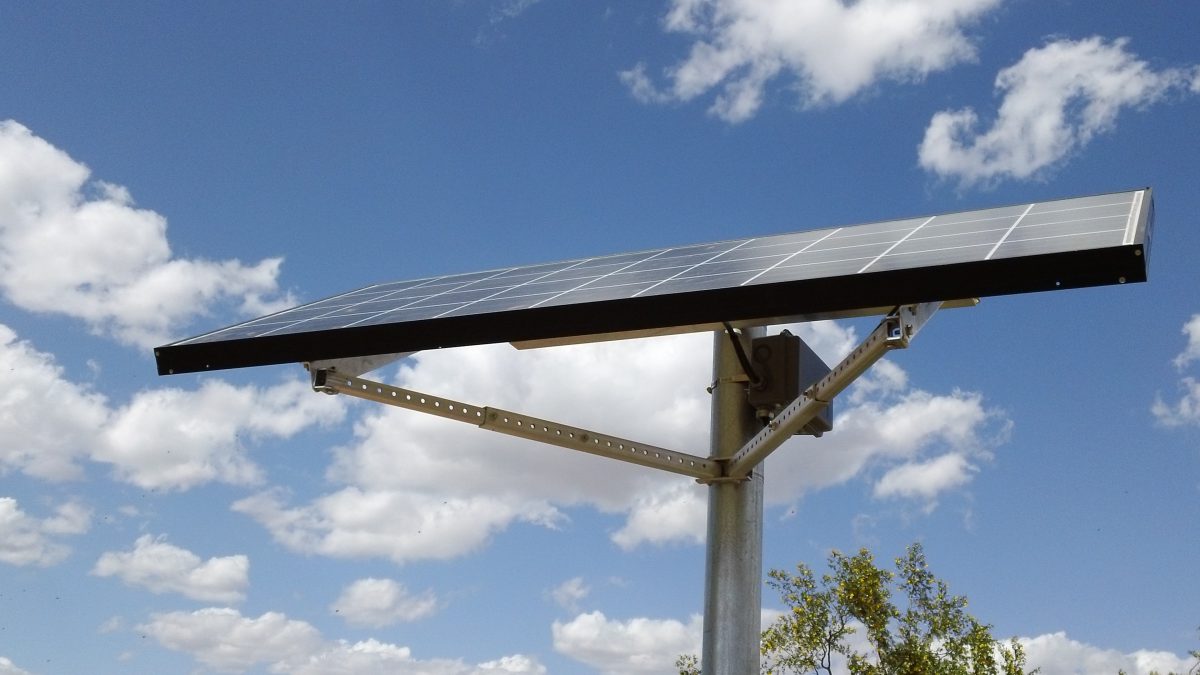 Solar powered irrigation controllers are not always the best choice, but they could be perfect for certain jobs. 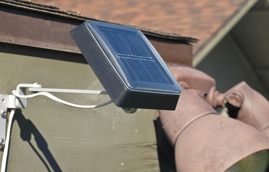 When easy access to power isn’t available, a solar-based irrigation system can be the perfect solution, like this wall-mounted Hunter solar panel for a NODE or XC Hybrid controller. Solar-powered irrigation made it possible for Ewing volunteers to install an automatic drip irrigation system for Target Hunger’s community gardens in Houston in 2018, for example.

With no access to permanent power on site, a Hunter XC Hybrid with a Solar Panel Kit made it possible for Target Hunger to automate their irrigation and save water.

When to Use Solar-Powered Irrigation

Today, solar-powered irrigation is primarily used for temporary irrigation on new construction sites, on road medians, and other sites where access to electricity would be too cost prohibitive. 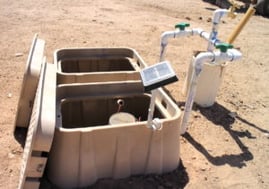 It can also be a good choice when driveways, large trees, or other landscape features may prevent new wire paths. Solar-powered irrigation could even appeal to anyone trying to achieve a more sustainable site or those building LEED projects.

Nurseries, farms, and other sites that do not have access to power can also benefit from solar irrigation.

For the Sacaton Elementary School District’s Legacy Orchard Project, a solar-powered option allowed them to quickly install an irrigation system for a new fruit tree orchard in 2018 that was too far to connect to the school’s electricity. Ewing Chandler manager, Hunter Williams, recommended a solar-powered Hunter Node irrigation controller with solar panel kit for the orchard. 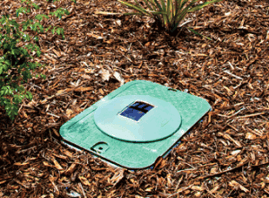 DIG’s LEIT controllers are actually powered by ambient light, making them the best option for sites that may not have a lot of direct sun exposure. DIG’s solar irrigation controllers range from a simple hose-end timer to 4- to 28-station controllers.

Depending on the solar-powered irrigation systems you choose, additional solar batteries, and DC latching solenoids may be required so be sure to check and follow the manufacturers' recommendations.

Installing most solar-powered irrigation systems isn’t more difficult than a typical system, but positioning the solar panel to capture the most sunlight can be important.

The Future of Solar Irrigation

While enthusiasm for solar power has been strong in general, the irrigation specific solar market is growing more modestly. As long as solar technologies continue to improve and the cost of solar becomes more appealing, it will continue to grow.

Solar irrigation controllers are also incorporating Wi-Fi app-based control and other smart features as the technology continues to improve.

If you are interested in seeing if a solar-powered irrigation system is the right choice for your site, call or visit your local Ewing for help.

Learn more about battery-operated and solar-powered irrigation controller options in this video: